Did you know that Loma Linda has been identified as a  “Blue Zone” City? One of only 5 in the world!

The concept of “Blue Zones” grew out of the demographic work done by Gianni Pes and Michel Poulain outlined in the Journal of Experimental Gerontology, identifying Sardinia as the region of the world with the highest concentration of male centenarians. Pes and Poulain drew concentric blue circles on the map highlighting these villages of extreme longevity and began to refer to this area inside the circle as the “Blue Zone.” 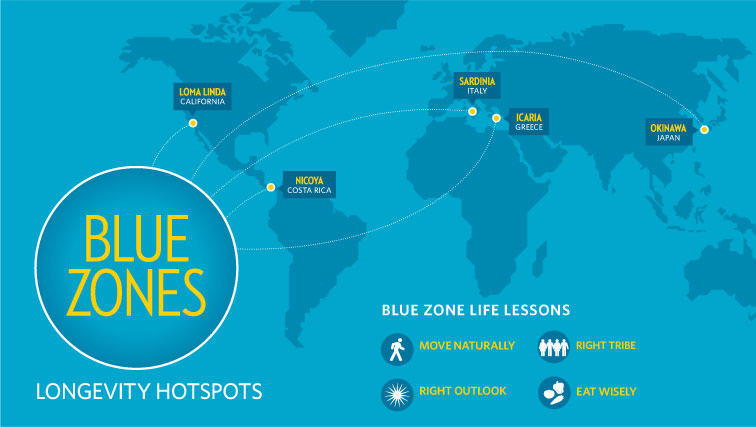 Loma Linda has been featured in several national videos.